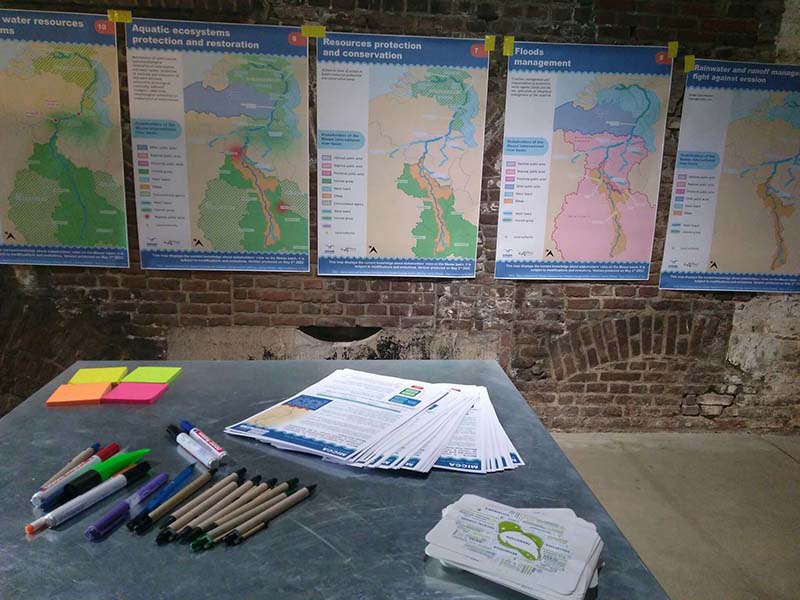 On May 12, two ACTeon members took part in the Cross-border water rendezvous in the Meuse region, organized in Roermond, in the Netherlands. This event aims at federating, on an international scale, all water stakeholders in the Meuse river basin. ACTeon represented MICCA, a network of actors around the theme “water and climate change”. Initiated by EPAMA, the territorial public establishment managing the Meuse river basin in France, this network already brings together representatives of public institutions, academics, associations and federations from the professional water world. During the “Meuse Rendezvous”, the objective was to make this emerging network known, in order to integrate new actors involved in the adaptation to climate change.

The consulting team thus took part in several working seminars on various themes. One of them was about the transnational governance of the Meuse River: in the light of the recent floods in Belgium and the Netherlands in the summer of 2021, what were the successes in terms of international cooperation? The role of formal institutions, as well as established working relationships between the water managers, quickly emerged as particularly decisive to share data in real time, adapt the functioning of the hydraulic infrastructures and organise emergency responses to evacuate people. MICCA thus appeared as an interesting framework to exchange information and data on the watershed on a more regular basis.

A dozen maps were also displayed at the event. These represented the stakeholders of the Meuse watershed, mapped according to their involvement in different themes (floods, droughts, drinking water, aquatic life, …). These maps were working tools, on which the participants of the “Meuse Rendezvous” could draw in order to complete the maps with new actors or to correct information displayed.

For more information on MICCA, please see the project brochure.